Glamorgan Stars by Caleb and Joshua

Miniball     by Caleb and Joshua

We have been playing basketball for one term. We have not won a games yet but we have won half of a game. Caleb and Ashtyn and Tom and Joshua have scored a point. We are learning to do a lay-up and passing faster. When the other team score, then we have to pass in to our team but it is hard because there are too many people standing in front.

We wanted to play a new sport. Mum suggested I play and I thought it was a good idea.

We play on Tuesdays and we practise on Mondays? Sometimes we have a bye and then we don’t play.

About the Author: Robyn Bennett 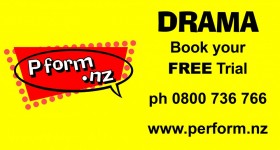